The Day of The Wolf – On The Politics of Engagement

Posted on October 25, 2010 by George Cappannelli 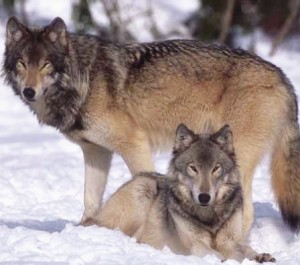 Reclaiming power over our own destiny, by George Cappannelli

I, like so many of us, have been watching the Washington melodrama very closely of late, especially as our elected representatives continue to stumble their way around on critical matters ranging from healthcare to cap and trade, from the bailout of our financial sector to the flaws in our homeland security. And each day I become more amazed and disheartened that we have arrived at this sorry time in our history when a relatively few, self-focused souls of questionable intelligence and even more questionable values have come to control the destiny, the rights and needs of the many. Indeed, I believe that what I am witnessing today is the state of affairs Thomas Jefferson warned us about so long ago.

“Once the people become inattentive to the public affairs,” Jefferson said, “you and I, and Congress and Assemblies, Judges and Governors shall all become wolves.”

So welcome to The Day of The Wolf! It is a sad and inglorious time for our nation, and yet there are, in my opinion, at least a few signs that not all is lost. In fact, we the people may actually be waking up from some our ‘inattention to public affairs.’ For example, I received an email from a friend the other day who – along with others – is advancing an idea that is simple, but very powerful and it demonstrates that there are – and always have been – numerous ways in which we can reclaim power over our own destiny, re-enfranchise the will of the many and disenfranchise these relative few individuals of limited intelligence and questionable values who have forgotten that their power in not a ‘divine right’ nor was it ever granted to them so that they can abuse and distort the public good.

Terrific idea! If supported by enough individuals this local banking initiative can certainly get the attention of executives in the financial industry and legislators in Washington who still believe they are bullet proof. Might even bring one or more of these ‘too big to fail’ institutions to their knees and knees, as you may remember, are those parts of the body we employ when we pray and give homage to the sacred and to those we love.

It also points the way to a number of other things we, the people, can do to take our power back. Here are a few recommendations I discuss in much greater depth in my book, I Dream Of A New America, Keys To Reclaiming The Heart and Soul of Our Nation, Bridger House Publishers, 2008.

These are just a few of the ways, similar in intent and strategy to the threat of transferring of funds from the large to local banks.

I believe that exercising these rights will allow us to take back control over our political destiny. I also believe these actions will help us to remember that it is our responsibility to stay awake and to pay close and careful attention to those to whom we delegate the right to represent us. I believe we should never stop exercising these and other rights and strategies and that we should be certain the folks we send to Washington and other state and local seats of government remember that they serve at our pleasure and for the purpose of serving the greater good.